A Swiss scientist by the name of Horace de Saussure designed and built the first solar collector in 1767. Well that certainly goes back some time and looks at who was harnessing the sun's energy, but he did not turn the sun's energy into electricity.

A young 19 year old scientist had that privilege by the name of Edmund Becquerel in 1839. He had turned energy from the sun into electricity, known as the "photovoltaic effect". Not that it was a bad thing but it was very inefficient and not very practical for the time. Therefore, like so many other great discoveries it sat idle for many years.

The French government back in the years of 1860-1861 funded a project by Auguste Mouchout to design a device to turn the sun's energy into mechanical energy. Which was the first design in use to turn the suns rays into energy, even though it was mechanical, not electrical it is still worth mentioning. Some things never change; an alternative fuel was abundant and inexpensive Auguste's design discarded and pushed aside for the cheaper coal. Giving way for the expansion of the transportation industry, but not thinking of the consequences that took decades to realize, our air we breathe.

Charles Fritz in 1883 makes a break through in solar panel technology and is able to convert the suns energy at a conversion rate of 1-2%. Seems like nothing for today's standard but for the time it was a big foot forward in Solar Cell research.

Well it seemed that solar power was doomed not to be. Fossil fuels are our primary energy source and no slowing down, full steam ahead. Was there any need for the technology that Edmund Becquerel discovered way back in 1839? Well three scientists from Bell Laboratories using a diffused silicon p-n junction, are given the credit in developing the first solar cell that could produce enough electricity to actually run a home device. I wonder back in 1954 if Daryl Chapin, Calvin Fuller and Gearal Person knew what was to become of there discovery? Still very inefficient at this time and very expensive as 1 kw of power cost some where in the range of $250-300.

By the time 1958 came along solar panel arrays were used in space, Explorer III used solar panels, satellites were powered by solar panel arrays, and still to this day solar arrays are used. Still not popular enough to overcome the coal and oil addiction the world has fallen prey to.

Time goes by and the public still really knows nothing about solar power. NASA in 1966 increases the use and powers the Orbiting Astronomical Observatory with solar arrays. Solar power is sparingly used around the world; coal and oil still make up the biggest energy producers.

Not to give up, time marches on and Dr. Elliot Berman, while working for the Exxon Corporation makes a breakthrough in solar cell design and the cost is dramatically reduced. Exxon starts using this design in their offshore rigs. Exxon realizes that this is a great way to produce power in out of the way places. This just might catch on; you think it would have by now.

The University of Delaware builds the first house in 1973, using nothing but the sun's energy to run the household. The project was named the "Solar One". The first solar powered aircraft takes flight in 1981 by Paul Macready, flying from France to England, "Solar Challenge" is the name given to the project. Going from Sydney to Perth, Han's Tholstrup drives the first solar powered car going an impressive 2800 miles. The year 2000 and NASA is still using and advancing solar power for use in space, installing the largest solar panel array for the International Space Station.

Who invented solar panels? Well I would say Edmund Becquerel did, he founded the basic design and gave food for future thought. As we have discussed many people through time have been involved in the advancement of solar technology. We have talked about some of the places solar panels have been used and still are being used. The History of Solar Panels goes back some time and has had a rocky start, but the advancement never stops and the future will be a better place for all when we get it together and make Edmund proud of his discovery and have the sun providing clean renewable and sustainable energy.

Hello Tim Bashista here. Want to get involved, you can at photovoltaiceffect.blogspot.com Looking for more info on Green living and green products, the latest news, Green initiative's. Want your voice heard, leave a comment. Drop by my Blog and take a look around photovoltaiceffect 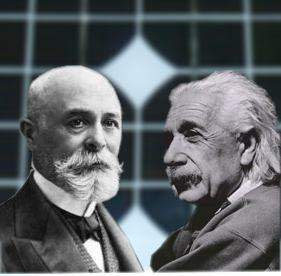 This site is compensated for any made links on this site.

Even though I mai receive compensation for my post or advertisements, I always give my honest opinions, findings,belisfs, or experiences on those topics or
products. The views and opinions expressed on this blog are purley the bloggers'own. For questions about this blog, please feel free to contact me at: raidenvolt@gmail.com